Improv is fun so must be learnt in a fun way.

If you are a professional singer or an advanced singing student, have a look at our workshop Improv for Singers.

Soundlooping – Improv Musical Workshop is a class where we stimulate the creative esphere we all have, in order to learn the fundamentals that drive organic improvisation in a playful and practical way, to discover the pleasure of spontaneity both individually and in groups. We locate our less rational part and learn how to use it at will, playing from spontaneous groupal harmonies of motion, speech and music. We present improvisation desecrated from its apparent unreachable place and put it into the hands of every single person so they can use it from their own creative human tools together with those learned alongside the lesson.

All of these, is made through a technique called “soundlooping” which improves attendants concentration, focusing and organic non-thinking movement (action and music), through a signs code to conduct a musical and theatrical improvisation.

This workshop ends up with all the students performing in an open groupal musical and theatrical improvised conducted show, just using our voices and bodies.

We have the possibility of doing three workshops:

The class is for anyone with an interest in music, who can work with the body and voice. It is not focused on any particular musical style or any instrument, although it works with the voice as the most immediate tool of expression, from which to explore the creative spark that can be transposed to any instrument of whatever nature. Not necessary experience or knowledge of harmony or music theory.

2. For dramatic or improv actors:

The class is for actors and theatrical improvisers with an interest in music. It is not focused on any particular musical style or any instrument, although it works with the voice as the most immediate tool of expression, from which to explore the creative spark that can be transposed to any instrument of whatever nature. Not necessary experience or knowledge of harmony or music theory.

The class is for singers or vocal technique students with and interest in acting and improving their body expression. It is not focused on any particular musical style. Not necessary experience or knowledge of harmony or music theory. 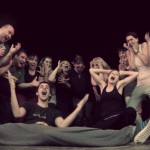 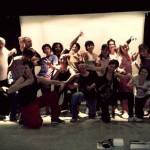 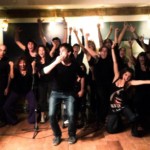 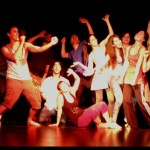 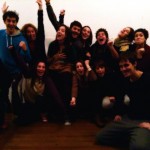 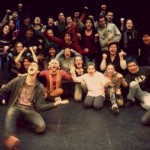 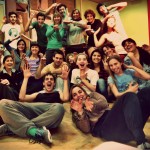 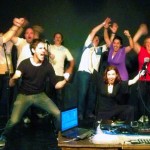 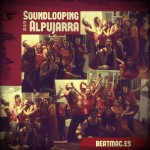 WHO DRIVES THE LESSONS

Beatmac is Raúl campos, Spanish musician an actor. He got a wide experience playing in jazz bands and other musical ensembles and as a soloist in other non improvisational styles, where he has continued combining improvisational techniques. He played on several Spanish, Portuguese, Brazilian, Argentine, Uruguayan and English festivals, as well as in improv theater companies as Impro Madrid or Jamming (Spain) or Freakplay (Argentine).

He has made custom improvisations for events such as the Convention on the FW12 Skunkfunk at the Bilbao Theatre Champs Elysees, where contemporary dancers, breakdancers and dancers along with traditional Basque dance, danced to a totally unrehearsed improvised music played live by Beatmac for 50 min before an international audience of over 800 people.

Beatmac is a phenomenal who has slowly made his multi-faceted talents meld into one stunning improvisational hodge podge. You’ll be pleasantly surprised at the raw aptitude this man possesses. FOUND MAGAZINE. SEPTEMBER 2012. (Read)

This guy sounds like a whole band and gets everyone dancing. RADIO 3. (Listen)

He’s different. Makes sounds with his mouth, put them on their machines and make unique and unrepeatable sessions every time he steps on stage. It is awasome! I suggest you to take a listen to this guy. El Chojin. RITMO URBANO. LA 2 DE TVE . (Watch)

Beatmac is music himself. He has brought a very nice taste to this program never seen before. Live show at PUNTO RADIO. (Listen)

A great idea that becomes an interesting concept, passed through the head of a guy who is full of musicality. It is technically irreproachable because neither gets bogged down in the brilliance of his discovery is not limited to one style. ZONA MUSICAL. (Read) A really explosive mixture of rithm and accuracy. Just a few people there can boast a mastery of rhythm that almost seems genetic. ZONA MUSICAL. (Read)

Great artist that surely will get to the top. 40 PRINCIPALES. (Read)

Beatmac is a riot of imagination, originality and creativity in its purest form. MADRID UNDERGROUND magazine. (Read)

It’s pretty cool! It started nice and peaceful and ended up being a fucking rave just by looping his voice. RADIO OCEÁNICA. (Listen)

This guy left shocked to more than two thousand people who were at the show. Amazing! RADIO CÍRCULO. La Butaca. (Listen)

Actress formed in different techniques in England, Spain and Argentina. She researched on Lecoq technique with M del Mar Navarro and Andrew Hernandez and after that studied the Meisner Technique at the Actor’s Temple. She has trained with Claudio Tolcachir, Fernando Piernas, A. Fernandes, R. Podolsky, Will Keen, Nora Moseinco, Julio Chavez, among others. She got 14 years experience in theater and television in Spain, France and Argentina. Sauce played the main character for 4 years in the show opera Arrayán (Canal Sur TV) and as secondary character in LaLola (Antena 3 TV) apart from other national TV shows. She worked for movies made by Spanish, Swedish, French and Argentine productions with directors such as Fernando Colomo, Christophe Le Masne, Henry Moore, Eduardo Milewickz or Rodrigo Rodero. In Buenos Aires was involved in films where the script was improvised at the shooting over a previous structure. See Sauce Ena videobook here.

She works the improvisation from movement to word as a tool for exploring expressions and poetic universes. Through theatrical exercises she looks for the dramatic word in a theatrical sense from playing and pleasure. The research does not seek an immediate result but releasing structured associations from the body and play. The proposal is to trust the emptiness as a starting point and dismantle the widespread idea that improvisation is only comedy.

Sauce is nowadays combining her teachings at Beatmac’s Musical Improv Workshop with personal theater training in an academy in Madrid (Spain) apart from her rehearsals as a part of the cast in Ocupa Teatro (La Cantera Company) and as a director of a Muevo yo (theater work) and co-directing the show Soundlooping together with Beatmac.